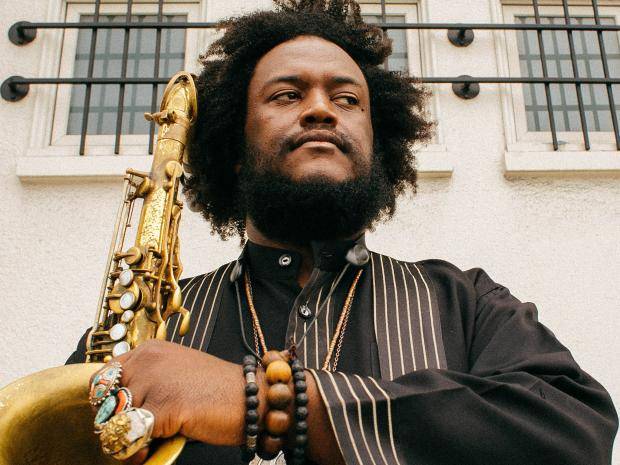 It feels wrong to place King Gizzard & The Lizard Wizard at number ten, however the ambitious Australian rockers certainly put the pressure on themselves when they declared they would release five studio albums in 2017. As they have in the past, King Gizz restricted themselves on Flying Microtonal Banana,playing only microtonal instruments. The result is arguably the band’s best album of the year, rendering the band’s strange brand of psych-rock in a tuning rarely heard in modern music. Tracks like ‘Billabong Valley’ benefit most from this new sonic palette, fitting the story of Mad Dog Morgan perfectly within the band’s unique instruments.

St. Vincent has always had a talent for producing powerful art-rock anthems with an intellectual bend, but when it was revealed she was working with hit-maker Jack Antonoff I must admit I got concerned: would Masseduction retain the edge I’ve always appreciated in her music? Thankfully, the answer is undoubtedly yes. On St. Vincent’s fourth studio album the guitar heroine rips through infectious jams packed with stories of love, loss, libido, and libations, but underneath it all the prodigal guitar picker is still there. The solo on ‘Pills’ is worth the price of admission itself.

While artists like Father John Misty seem comfortable making comedy of political chaos, bands like IDLES seem to revel in it. This isn’t to say that lead singer Joe Talbot is pleased about recent political devolutions, however he sure has a talent from wringing it out into righteous punk rock broiled in British angst and frustration. Brutalism sounds exactly like it’s name suggests, and it’s fucking refreshing. Where Father John Misty has chosen to make jokes, Joe Talbot and his band of angry men have decided to voice their frustrations in a powerful way.

It’s almost hard to imagine what John Tillman would have released if he had waited until after the 2016 election to write Pure Comedy, the third release under his smart-ass pseudonym Father John Misty. Firmly established as an unabashed misanthrope, Misty riffs on religion, politics, drugs, and depression with a ruthless ease that feels perfectly fit for our modern malaise. In a world that seems to have gone to hell, Misty’s answer is to muse along with laughter, but it’s hard to fault the guy. He’s got a knack for turning nasty realities into neat little truths.

Like the aforementioned Harmony Of Difference, Thundercat’s latest release Drunk is a jazz offering worthy of its time, however Thundercat’s signature 8-string bass provides another unique layer to what is otherwise a fun and funky hip-hop album of its own accord. Add in a layer of Thundercat’s tongue-in-cheek writing style and you’ve got a fun jazz album sure to keep listeners bouncing around to his familiar fonky bass tones.

Labels of “art rap” or “indie rap” fail to respect the balance artists like JonWayne maintain. In the midst of a consonant and soulful rap album the veteran musician and beatmaker bares his soul, thriving on the adversity that has informed his life and career to this point. Tracks like ‘Paper’ are wise beyond their creator’s years, but the closer ‘These Words Are Everything’ stands as the perfect encapsulation of a man dedicated to his craft, no matter the costs. Listen and learn.

BROCKHAMPTON set out to saturate listeners with content in 2017, and after three respectable albums in one year the up-and-coming “boy band” have achieved their goal, in the process releasing at least two LPs worth of quality content. Saturation II serves as coming out party for the most skilled members of the group, allowing Kevin Abstract, Ameer Vann, Merlin Wood, Matt Champion, Romil Hemnani, and JOBA to establish their role within the group. Each have their own strengths, and together the ensemble has delivered some of the most interesting music of 2017.

Following up the legendary double-album The Epic in 2015(*), Kamasi Washington released another revelation of a jazz album in Harmony Of Difference. In hindsight, HoD serves as the appropriate entree to The Epic’s main course, but this is mostly due to the latter’s 3-hour run-time. At 30-something minutes, Harmony Of Difference is an accessible jazz album anchored by Washington’s brilliant saxophone play. It’s a go-to whenever I want to get lost in something without lyrics.

Alex Lahey is likely to draw comparisons to popular Perth, Australia native Courtney Barnett, however the latest talent to come out of the pretty Australian city has her own style and energy to bring to the table, even if the accent is familiar. I Love You Live A Brother is a fun and affectionate rock album jam-packed with tight hooks and smart songs, all delivered with a spunk and sincerity that feels somewhat refreshing in 2017. There’s hardly a bad track on the album, and anthems like ‘Lotto In Reverse’ will leave you returning to the album again and again.

What do you do after releasing the most critically acclaimed rap album of all time? You do it again, and make them say “DAMN.” Kendrick Lamar’s follow-up to To Pimp A Butterfly will not receive the same positive reviews, but what is clear on DAMN. is that King Kendrick remains on top of the rap world. With patented precision K.Dot re-establishes himself as the top dog in hip-hop, taking shots at Geraldo Rivera in bangers like ‘DNA’ before changing the pace for a slow jam with Rihanna. At this point Kendrick is just showing off, and we’re all here to benefit from it. This is a master at work, sit back and enjoy it. 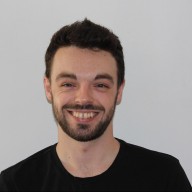